As we´ve written earlier, Fredrik is a true Renaissance man. He´s the kind of guy that can do anything – without really trying. This photo was taken yesterday with his trusty Nikon D90. I think it looks really cool.

Fred is sleeping right now after a rough night, but I guess he´ll explain a little bit about this picture later. 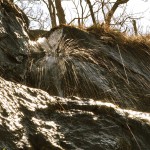 PS! I´m still stuck in Oslo. Doesn´t look too good for the Ukraine tour either.