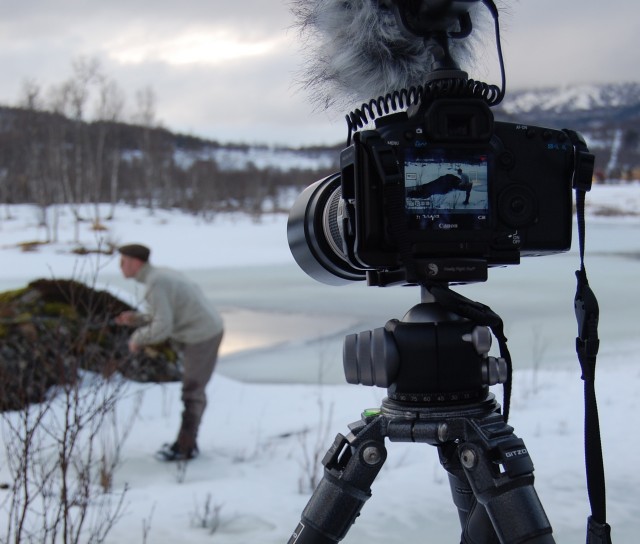 Hellau!
We in J&FF would like to welcome you all to 2011 – the year of the rabbit and the year of J&FF!
2010, the year of the tiger, was kind of a test season for us. After recording Season One in 2009, we were a bit unsure of the future of J&FF. We had this blog up and running, made some articles for magazines and had a TV-show in the making, but didn´t really know where to go with the project from there.

One thing we never doubted was that we wanted to keep doing this in some shape or form. You see, we all love jazz and fly fishing. All four of us are nerdy jazz musicians and nerdy fly fishermen, and from the first time I met the other guys in late 2008, I understood that this was going to be something really special. It is a very strange feeling when four perfect strangers from different countries understand everything the other guys say, down to the nerdiest of references. And I for one can say that some of the best times I´ve ever had are the tours with J&FF.

Season One was a relatively big and costly enterprise. When we shot Season One, our producer Petzi and his camera crew followed us around for a whole summer, and it was shot more or less like you would shoot a documentary about monkeys, with us guys in the band having no part in the film making process what so ever. This kind of approach limits the flexibility quite a bit – the scale of the production means that everything has to be planned in minute detail with few possibilities for last minute changes, and it also demands a big budget, something we really didn´t have.

So in late 2009, we started playing with the thought of doing the filming ourselves. We invested in our first amateur video cameras and started doing wobbly videos of everything and nothing. Some of these videos can be found under the Jazzcam tab – and some are better off in the eternal abyss of some hard drive. After some experimenting with these cameras, a few things became clear to us:

1. It is very difficult to make a really good film.

2. If you want to make a good film, you need to have a (good) story to tell before you press “record”, otherwise you´ll be putting a lot of effort into something that will most certainly be rubbish.

3. The best stuff is the stuff that comes naturally. Keep it real.

Since we´re musicians, none of this should be new to us. Through my small experiments with making videos, I´ve learnt that there are endless similarities between music making and film making, with the clearest common denominator perhaps being the importance of form. Without a clear sense of form, it´s impossible to make a good film, no matter how good the footage is. And the outline of the form should be ready before you start filming, also when you´re filming documentaries.

In 2010, our test season, we tried to learn as much as possible about film making and made a lot of short videos, experimenting with all sorts of styles and ideas, trying to find our own voice. A couple of them turned out quite good (and some of them are quite bad). Some of them haven´t been published yet, so stay tuned – there is some good stuff coming. Since we started doing these videos, our video gear has improved quite a bit, and at least technically, we´re now set up for some serious film making. However, as far as the actual filming goes, there is a lot that we don´t know too much about: the scripting, the storytelling, the shooting – we definitely have a long way to go.

Fortunately, we have an ace up our sleeves: Petzi, our producer, is a professional documentarist, and he is going along with us on the journey as an “embedded professional” (I guess he had too much fun doing this as well). You see, we have big and ambitious plans for 2011 (and the next years)! J&FF is going global, and our plan is to make a film (or two) about the whole experience, mixing documentary, mockumentary and fiction into a blend never before seen in a film about jazz and fly fishing…

Our first scripting session is in Gothenburg in a few days, and I can´t wait to meet up with the other guys to start planning the next years.

Some keywords for the future: New album, Season One release, Down Under, Balkans, the Nordic countries, Russia, England, USA, jazz, fly fishing.

Can’t wait for your new adventures! I’ll do my best to spread the word in Detroit.