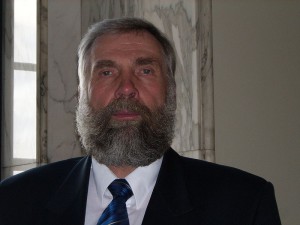 Well, we finally got word from Fredrik. Apparently he is cross country skiing in Dalarna, Sweden.

We had an interesting debate about the olympics last night. As you might have noticed, things are not going too well for the Norwegians so far. The Swedes, on the other hand… Here´s our correspondence from last night:

Hello guys! I´m skiing (what happened with Petter Northug, Håvard?!? I think I remember that you said he was gonna win everything?) in Dalarna. That is why I m a bit absent in this conversation. I´ll be home on sunday, after that there will be action from Fred!

Northug? I don´t know. The Norwegians are very disappointing so far… Good with Björn Ferry today, though. A Storuman homeboy! And what about everybody´s favourite Swede, Charlotte Kalla! She´s from Tärendö close to Gällivare, which is where they make some of the iron ore which is the reason my home town Narvik exists, so there is a some sort of connection there. I´ve been cheering for her since she came around a few years ago.

Actually, I often find myself cheering more for some of the Swedes than some of the Norwegians. Maybe it´s because many of the Swedes come from Nordkalotten, and most Norwegian skiers are from the south of Norway? Not my all-time hero Vegard Ulvang, though – he´s from Kirkenes. Where in Finland is Juha Mieto from, Joona? He must be one of the coolest skiers ever.

This is great stuff man! Put it on the blog!

PS! Juha Mieto is from Kurikka

Speaking of Dalarna, I suddenly remembered this video that bass player Torbjörn Zetterberg sent me some time ago. Enjoy:

Finland would really need Juha Mieto at the olympics now. It’s not going too good for us either…

I wa at the Finlandi Ski Club in Lake Placid right after Juhn Mieto’s race and sat next to him that evening at the reception being held by Finlandia Vodka–Mieto autographed my invitation for me that evening. I am interested in selling the bit of memorabilia as I am downsizing in order to move into retirement; anyone know someone who might be interested in this? If so, please let me know. And the invitation gives the day, Sunday, Feb 17, 1980 and th etime 5-7 and the place, 215 Main Street, Lake Placid.