Like Joona, Fredrik and Håvard, I too have been complaining here many times about how the winter is too long, ice is too thick and how I have my fly fishing gear back in Finland etc… About stuff that prevents us from going fishing.

Well, yesterday on Good Friday I got a call from a friend of mine – a great bass player called Joel. He asked if I would like to go fishing with him. I knew that we were talking about fishing with spinning rods but I still couldn’t resist the offer. It had been too long time since the last time I was fishing.

As we met at the gas station to buy some groceries, it turned out that he only had one fishing rod – and even worse – only one spoon with him. We would have to manage with that.

I had a feeling this would not be an ordinary kind of fishing trip. 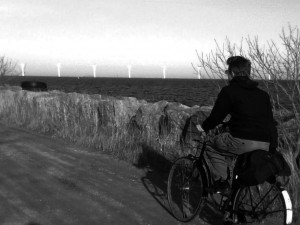 Joel, my guide for this trip

When we biked to the place, it turned out that my guide’s secret spot was just next to a powerplant in an abandoned shipyard. I got the shivers as we moved further. This looks like the place Håvard’s monster cod must live in – I remember thinking at that time… 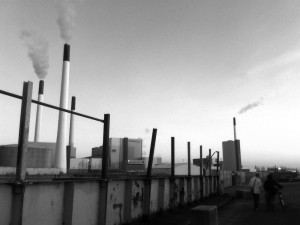 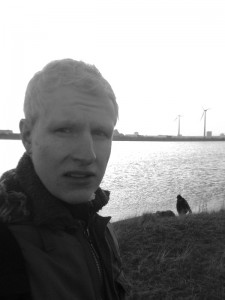 I was a bit sceptical at this point

When we arrived, the sea looked so beautiful. I almost forgot that just behind my back was a huge wind turbine flapping it’s wings. Joel took the first cast with his primitive gear. Sometimes fly fishing can get a bit serious I though to my self. It was nice to relax, I had no pressure of catching fish at least. It would be impossible to catch with this gear and only one spoon… 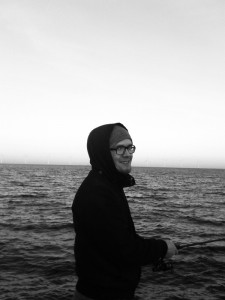 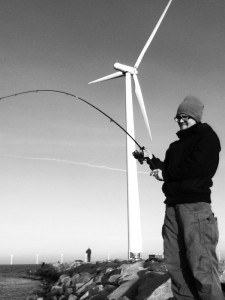 But then it happened! Joel shouted: “I have it!” And there it was. The cod! The big torsk was bending his rod to the limit as he was fighting it. And in the next moment it was gone. Next cast and another torsk was on! This time he got it up after the fight. And the next cast was mine. And there it was again – my turn to fight the torsk! We were having fun without fly fishing – I couldn’t believe it. And with only one lucky spoon! 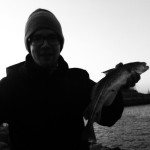 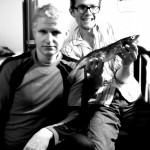 Here is a short and shaky video clip from my cell phone: