As the guys said earlier, I have been test fishing for about a month now, covering lots of exciting, new spots in Northern Norway and Sweden. And I’m very happy to report that I’ve stumbled upon quite a few hidden pearls… These pics are all from a fantastic little river (almost a creek, really) called “*********”.

Although it is located well above the arctic circle, it looks a bit like the famous chalk streams in Southern England – Itchen, Avon, Test – where the noble art of fly fishing was pioneered and developed by guys like Halford, Marryat, Skues, Sawyer and Kite (my heroes).

This wonderful little river, with its strong population of surprisingly big, wild brown trout (the biggest caught during my test fishing was 1,8 kg,  and way bigger fish have been caught by others recently),  is a well kept secret, known only to a few die-hard anglers. 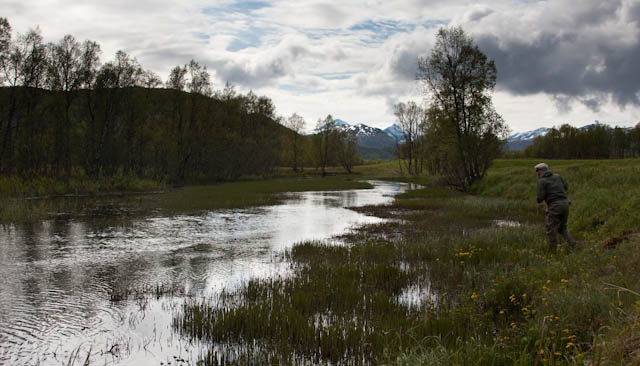 The test fishing there has been consistently strong, and last friday the mayfly hatches were really starting to move along, and the fish were feeding heavily on newly hatched duns.These pictures were shot by R. B. on one of my first test fishing trips in early June, and the fish fell to small, black dry flies. The river looks even more appealing now – summer has come to the north during the last few days and brought sparkling green vegetation with lots of flowers along the banks – and, more importantly, lots of big mayflies! I’ll add some more recent photos soon. 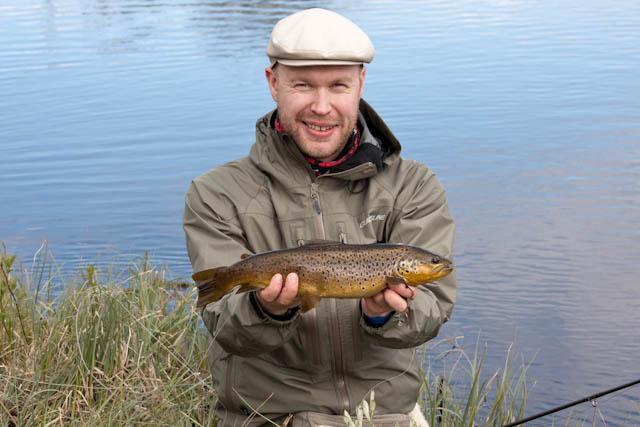 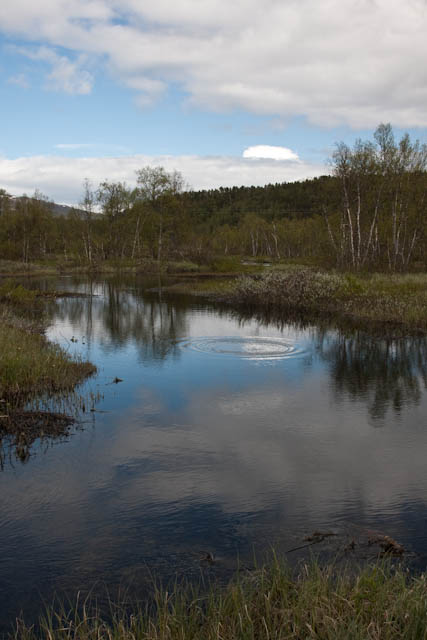 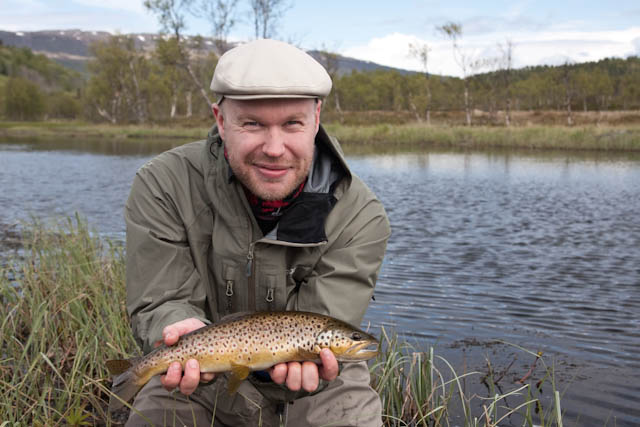 A typical trout from the Upper Itchen. Beautiful! 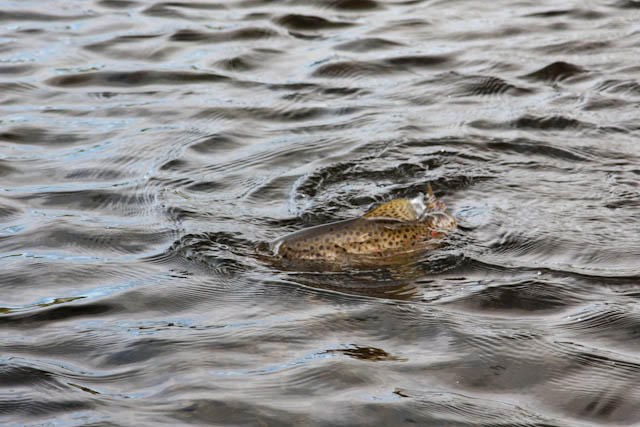 Into a good one

Trying a parachute cast for a difficult fish

I can’t wait to get going!

Joona and Fredrik have come up with a couple of cool tunes, so now I’m practising my butt off, trying to get prepped for the first gig.