Tomorrow, 1st of April, is the Christmas Eve for all the seatrout fishermen in western Sweden. That’s the season opening, and the coast will be (again) filled with people chasing silver.

Here are five flies that will save the day! If you are new to flyfishing or fly tying, no problem, you can find these or similar in any tackle shop.

These worms are spawning in the beginning of the season, and they are a real treat for the hungry trout. Fish on shallow sandy flats where the water temperature gets higher. These flies can be a bit difficult to cast, but it’ll pay off when you match the hatch! Use long, steady pulls when you retrieve the fly.

You should always have a big shrimp pattern with you. It doesn’t really matter which model you use, try different colors and sizes. Use short, rapid twists combined with longer pauses.

This is a classic west coast fly, probably representing a sort of shrimp or a small fish in the big fish’s eyes. 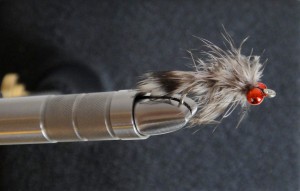 Also a good choise when the hairy worms are around. Make sure you have different colors in your box: black, brown, red, orange, green… With or without a cone or a gold/copper head. Works throughout the season! 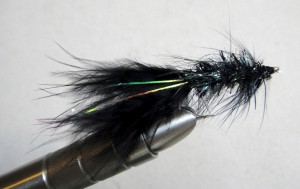 I usually use this as a dropper. A big fly at the point will attract the fish, and this little fellow might be the one they want to bite on. The fish often takes the fly after a couple of fast movements followed by a long pause. 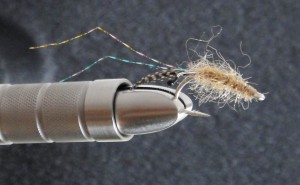 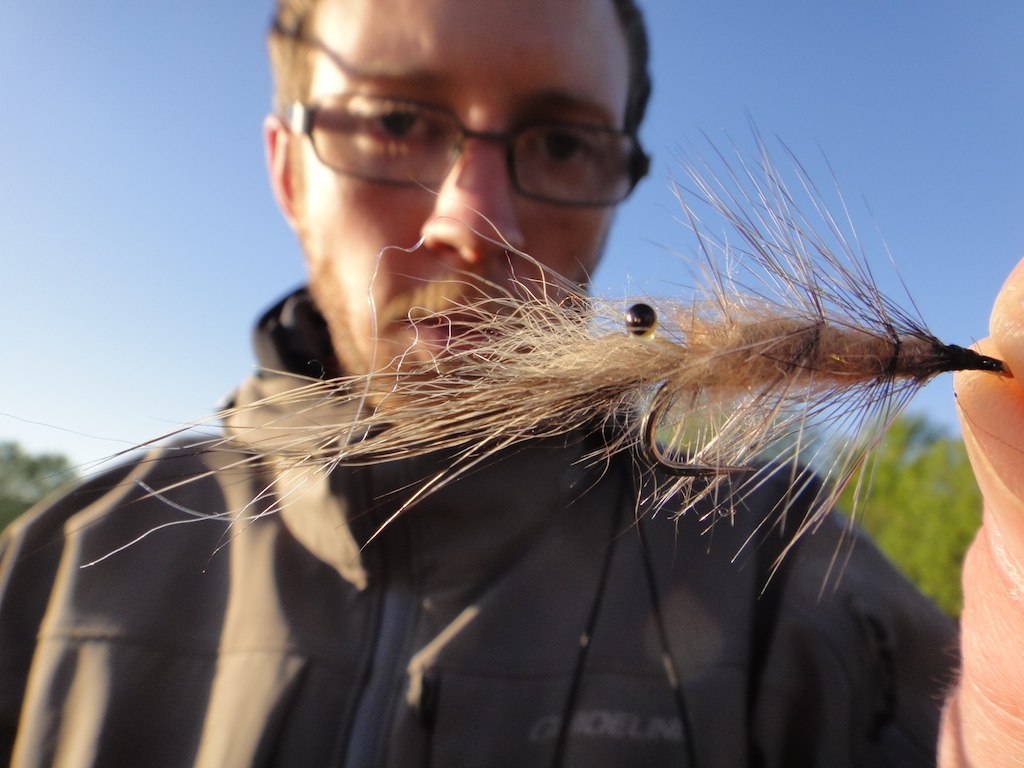 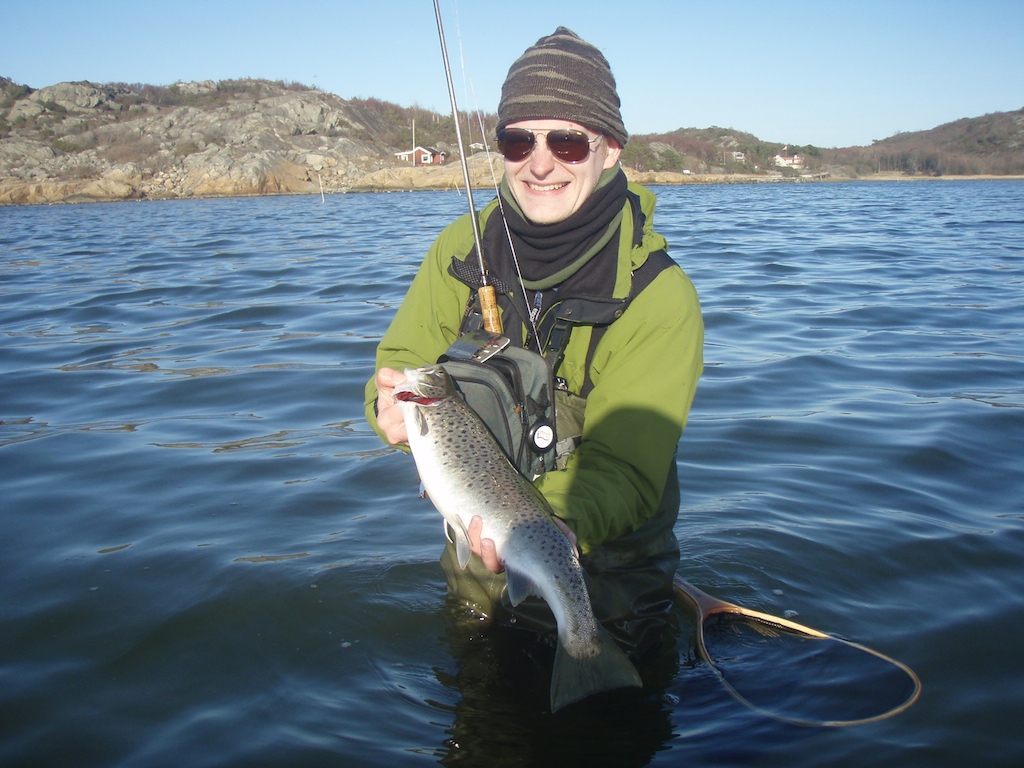 Fooled by a brown Woolly Bugger

May I suggest an addition to your excellent list, dear Sir?
For seatrout, I normally start with my favourite streamer pattern, the Mickey Finn. For some reason it can be very effective. If it doesn´t work, I try something else (but in that case I usually don´t catch on anything else either). Sometimes the spring seatrout can be picky – following the fly without taking it and so on – and then more spesific imitations might save the day, but in my experience, finding the active fish is usually the really tricky part during spring.

Oh, I missed the Mickey Finn! It is indeed very effective. Let that be number 6 (without any specific order).