Here’s a novel that might be of interest to all you fishermen out there (and everyone who likes an entertaining book). Salmon Fishing in the Yemen, by Paul Torday, is a comedy about a project to plant salmon in the desert wadis (rain season streams) of the Yemen. The project, run by a rich Yemeni sheikh, gets support from the British prime minister, and the poor fishery scientist Alfred Jones is drawn into a mess that grows beyond all limits. This is an entertaining satire about fishing, cultural differences and political games.

As they say on the book’s website: An extraordinary, beguiling tale of fly-fishing and political spinning, of unexpected heroism and late-blooming love and of an attent to prove the impossible, possible.

According to imdb a film of the book is coming up in 2012, directed by Lasse Hallström from Sweden. Ewan McGregor is to play the main character Fred Jones. 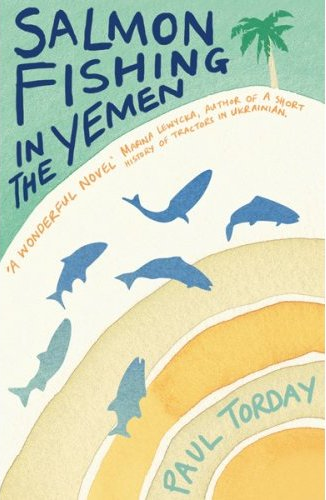 Salmon Fishing in the Yemen

Salmon Fishing in the Yemen is a great novel, and I can only give it my warmest recommendation. Looking forward to the movie.