We’ve been working intensively on the Jazz & Fly Fishing album the last couple of weeks. Me and Fredrik finished the last overdubs and the tunes are now being mixed. We’ve received some mixes from our sound guy Mikko Raita in Helsinki. His studio is called Studio Kekkonen, named after a former Finnish President Urho Kekkonen, who actually was a very keen fisherman. He had the same spirit as we in JFF and often combined his work with fishing.

The recording is sounding very good, thanks to Mikko and Kekkonen, and we are very excited! Mikko, if you read this, Kekkonen would like a bit more bass. Cheers! 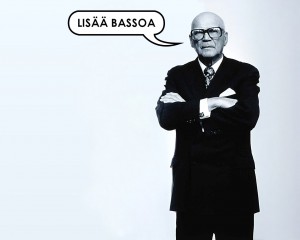