Hellau!
Our debut album, Slow Walking Water, will be released physically and digitally worldwide on the Norwegian label Bolage on May 8th 2011 (Spotify users will have to wait three months after that, but Wimp users will have it straight away).

However, we will start taking pre-orders right now!
If you order the album straight from us, you´ll get it dirt cheap (well, at a good price anyway), signed by all bandmembers, and, perhaps most importantly, you´ll get it NOW!

We´re working on a “shop”-function on the site now, but it probably won´t work until the record is out, so here´s how it happens:
1. You send an e-mail to Joona on toivanenjoona(æ)gmail.com
2. Joona puts the signed CD in an envelope and sends it to you together with an invoice
3. You get the music! Groovy, baby!

Don´t miss out on this once-in-a-lifetime opportunity!
Get yourself an album right now and be happy with yourself!
Be hip! Enjoy life! Make love, not war! 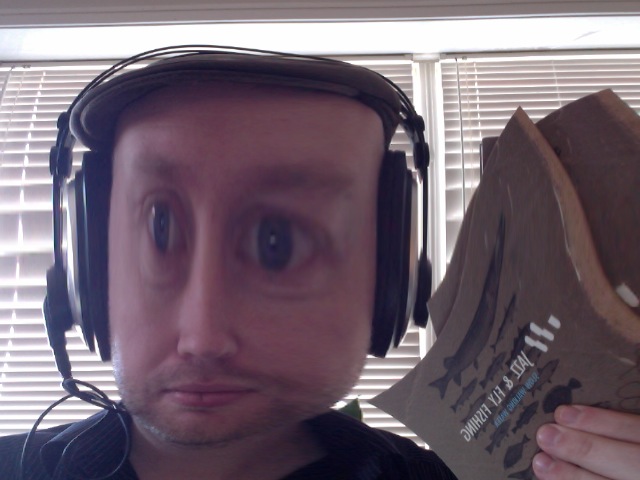 For some reason, I look a little bit like Kjell Inge Røkke (filthy rich Norwegian guy) on this picture.

Yeah – super cool…
But I just couldn´t get over the Kjell Inge Røkke-look on this pic. Google it if you don´t believe me.

Perfect! Just in time for the season opening. Just ordered the CD. Jazz, rod, cigar and cognac are now planned for the first trip(and maybe the second,third,fourth….).

Hi! I just opened my mailbox, and found a pile of cd orders there! That makes me very happy! I’m on tour right now so please be patient, I’ll send the albums as soon as I get home. Greetings from Helsinki!

Is there a vinyl lp coming out too?

T: there might be an ultra-limited super deluxe vinyl edition coming eventually – for pre-orders only. We´ve been discussing a kit with an lp + other cool custom merch/stuff/gadgets.
Let´s see… No vinyl before the summer, I think (but you never know).

I’m just sending out some pre-ordered cds. Everyone who ordered should have got a mail from me (if you haven’t, drop me a mail so you’ll get your cd!).

Now we’re out of the signed ones. Is that good or bad?