We had a very nice concert in Elojazz with a featuring sax player Antti Hynninen. He has recently released an excellent album with his group Auteur Jazz. It just so happened that Antti is also an established fly fisherman, so he decided to join us for the trip to Norway’s Varangerfest. We all thought that it was important to make Antti feel comfortable with the Tight Lines Quartet, so soon after the concert we decided to give him a crash course of the ways of the JFF. After many hours of driving, jamming and inside jokes we finally set up the tent at the beautiful lake Inari. While glaring at the silent wilderness, he began to understand. 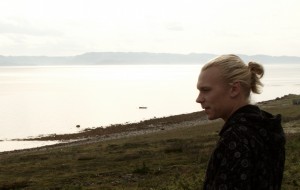 Getting Into the Mood