As the responsible leader of the big and very important magazine JFFFN, I feel a little bit embarrassed right now. Why? Well, this number of JFFFN has been delayed a couple of days. The reason for being this late? There are no reasons and it will of course never happen again! So, what’s the hottest and most important news to take up this month…

* Snow is falling in northern Europe

* The very effective shadow cast is getting more and more popular around the world. It is now only a matter of time before someone will write the book “the art of shadow casting”. 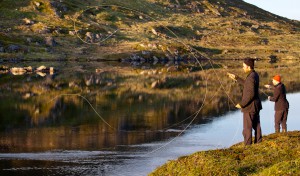 * A rumor says that the norwegian comedian Bård Tufte Johansen (dedicated fly fisher) has been using the google translator just for fun. He simply writes something and translates the text to a couple of different languages and then back to norwegian. I did the same thing, just a couple of minutes ago, and I have to say it is quite fun! This is the text I wrote:

“What is fly fishing? Is it a religion? Is it something else? Is it beyond religion? How many fly fishers are spread out around the world? Could it be more than one million people? Fly fishing is a very nice thing to spend your time on, that is for sure. Some people say that when you fish, you do not get older. Is that true?”

Then I translated the text to Korean, then to German, after that to Russian, French and then finally back to english again. Then the text looked like this:

“What is fly fishing for what? It is a religion? What else? In addition to religion? Like many fly fishermen are scattered around the world? Perhaps more than a million people? Fly fishing for sure that you spend your time in a very good story. For some people, fish, and you think, old eyes. Is this true?”

* A book about the swedish king has been released and it is already a bestseller. The king himself will probably not read it though.

Thats unfortunately all I have in this second number of JFFFN. See you again next month, then with a lot more important and entertaining news. 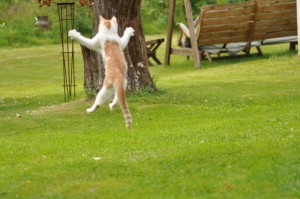 Actually the translation was pretty impressive! Very poetic: “For some people, fish, and you think, old eyes. Is this true?”