The Nordic fly fishing blog scene is really happening at the moment. Cool new blogs are popping up all the time, supplying high quality fly fishing-related stuff to the starved masses.
These are some of our favourites:

The Swedish Nylinder brothers and their crew have a large collection of cool videos on their brand new site called Frontsidefly.com. These guys are really talented, and their films are always entertaining. Here is one of their latest videos:

Norwegian fly fishing legends Lars Nilssen and Lars Lenth have some serious fly fishing CVs. They´ve made a long series of TV shows, several films, and lots of fly fishing books and articles. In my opinion, their work in “Bård og Lars på fisketur” and the “Tørrfluelandet” series of films is the best fly fishing related entertainment to come out of the Nordic countries. Their latest project is the blog www.larsoglars.no and a new series of entertaining short films for VGTV (Norways´s biggest newspaper´s webTV-channel). I appear as a sidekick in some of the episodes. Czech it!
Here´s a trailer from their film Tørrfluelandet 3, which also features Andreas Fismen:

RIB is a Norwegian collective made up of young globetrotting flyfishermen. They don´t update their blog too often, but when they do, it´s always worth checking out. Creative writing and beautiful pictures. Recommended!
A picture: 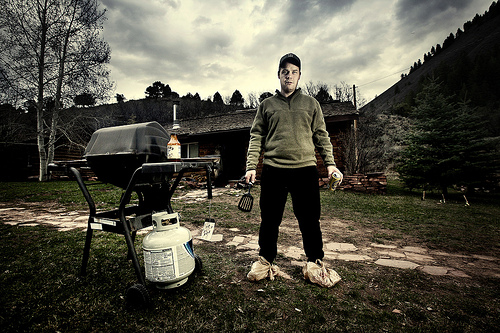 Finally, three guys from way up north in Norway started Utras.net last year. I was born and raised in Narvik, Northern Norway, and reading their blog always makes me homesick. The fishing around Oslo is ok, but up there it´s a totally different ballgame.
Like Lars&Lars and RIB, their blog is written in Norwegian, but you could always try with Google Translator (As you probably know, any text will end up really funny when it´s been run through Google Translator a couple of times). This video features some serious arctic char fishing: