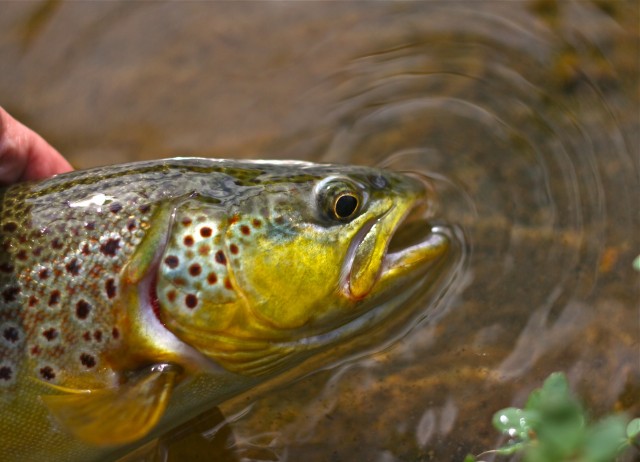 Today, I´d like to share some impressions and images from this year´s huge Bibio pomonae feast, or at least my part of it. It took place somewhere in the mountains of Nordkalotten, the vast, sparsely populated area that covers the northern parts of Norway, Sweden, Finland and northwestern Russia. This is where I´ve done most of my fishing, and when the merciless Nordic winter sharpens its icy cold claws, it´s the endless summer days and the surreal light of the midnight sun up there that I long for.

The Bibio pomonae, also known as the Heather Fly in English, and Russeflua (“Russian fly”) in Norwegian, is a really strange creature. In only appears for a short period every year, and when it does, it does so in almost biblical numbers. A land insect, the Bibio pomonae (or just Bibio for short) crawls out of the Lapland moss on hot, sunny days in late July/early August. Some years, there are no Bibios to be seen. This year, they came in the trillions. Since the Bibio is a mediocre aviator at best, many of them crash in nearby lakes and streams. And with no way of escaping the tension of the surface, they end up as a totally helpless piece of protein – sitting ducks for feasting fish.

I first noticed them while taking a break to catch my breath. The hike up to my destination was quite strenuous, starting with a brutal ascent of more than 300 meters straight up the mountain side. In the sparse vegetation I saw lots of Bibios crawling around in the moss. The air was thick of them, too. I started to wonder if I had remembered to bring the right flies.

I had to pinch my arm three times when I arrived at the lake. Big trout rising everywhere! Totally surreal, because this place is not exactly known for its cooperative trout. The fish in this spring fed little lake usually behave much like the trout in our Sight Fishing videos. Tricky beasts that rarely rise a lot, and scrutinize your flies carefully before rejecting them. No wonder, since the two biotopes are very similar with their chalk/limestone geology and gin clear water, the only real difference being that this place lies higher above sea level.

The fishing was surreal, too. During the next two hours, I caught most of the fish I set out to catch, all of them truly magnificent wild fish ranging from good to big in size. And they were all taken on the same fly: a foam bodied, black hackeled Bibio imitation with white foam wings. I kept one for dinner and released the rest.

During the course of ten minutes, the feast gradually faded, and suddenly there were no rises to be seen, despite an ever increasing amount of crashed Bibios on the water. The Bibios were almost covering the surface in some places, and the whole lake was littered with black dots. I stopped fishing and performed an autopsy on my dinner fish. The stomach was close to bursting with Bibios. Could this be the reason they stopped rising? Were they simply full? The place remained stone dead for the rest of the the evening except for the Bibios, which kept on crashing onto the surface in a steady stream.

Throughout my three-day stay by the lake and the surrounding area, this pattern repeated itself. Awesome dry fly action in the morning and early day, a gradual but swift fadeout during the early afternoon, and then absolutely no action at all during the afternoon and evening, despite incredible amounts of Bibios on the surface. The next autopsy showed the same as the first one: They just couldn´t eat any more Bibios – they would simply burst!

This is by no means a unique experience – I´ve seen the same thing described in several books and articles, and heard many other fishermen tell the same story. So, if you´re fishing in the Scandinavian highlands from mid-July onwards: remember to bring some Bibio imitations (most fat, black dry flies will probably do the trick), and get up early. If you do sleep to long, chances are you´ll never see any dry fly action, just loads of weird black flies with glossy red thighs!

B b b bb beautiful!

Sigh… longing for next season!

Hi Håvard!
We had the exact same experience from Ransarån, first week of August. The fish stopped to rise or rised with very low frequency despite a rich buffet on the surface. My cousin the cardiac surgeon said he saw several ruptures in the fishes crammed stomach when we examined them and that in humans this would be huge health risk.

That´s interesting, Tor!
The time matches, too – this happened on August 2-4.
Yeah, it seems like they can´t help it and eat way too much. The Bibios are probably really tasty. Next time, I´ll try some Bibios myself – a Bibio sandwich sure sounds nice. And Bibios roasted over the bonfire… Mmmmm.

Roast Bibio Sandwich, that’s a must! Hope for them next year again and will the test thii culinary initative. I’ve made a short movie from this trip wher you can se the vast numbers of Bibio on the lake shore. http://www.youtube.com/watch?v=ewRIxu2zHV4

Yep, Tor, I was a member of the jury for the larsoglars.no video competition, so I´ve seen your video. And I really enjoyed it. You´ll find the results at the larsoglars site. We awarded you with best foreign film;)
As for cooking with the Bibio, I think there is a whole new world of gastronomy opening up here. Can´t wait till they show up next time – I have so many exciting recipes I wanna try!