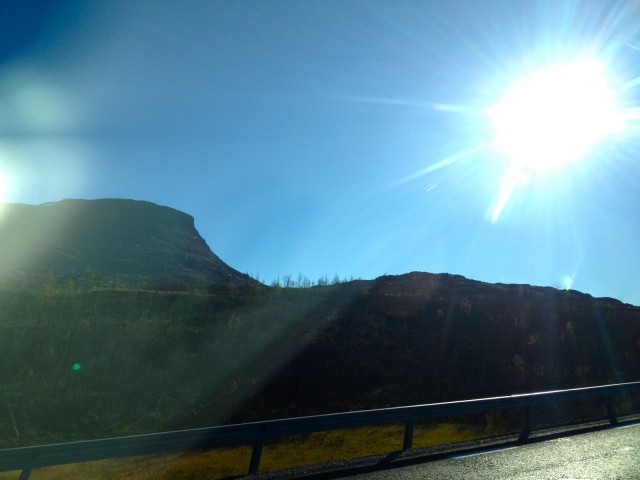 This weekend wasn´t supposed to be about fishing at all. Friday was spent doing lots of incredibly boring office work (the dark side of being a jazz musician), and saturday was all about manual labour. Well, the weather was awful anyway, so it´s not like I missed out on any fly fishing.

Today, the weather was simply perfect: very warm for the season and hardly any wind. Knowing that we have few days like that left before winter comes a-knocking, I decided to try to squeeze in at least a couple of casts. I had a window of maximum three hours, and went to a secret little gem of an arctic char lake to see if anything was hatching. And it was! Quite a few mayflies decided to pop through the surface, and the arctic char were rising for them. The coolest part was that you could see them so well in the water – the water is just so incredibly clear in these mountain lakes in the autumn. Watching those beautiful fish cruise around and sometimes rise all the way from three or four meters depth to the surface to suck down a newly hatched mayfly is truly a sight for gods. And just being out there on an autumn day like this is something else: The colours, the crisp, ultra clear air. Ahhh.

During my way-too-brief fishing session, I caught two good fish, lost a third, and – of course – saw a real monster that did not take my fly. It rose and rose, grew bigger and bigger, and turned 2 cms from my fly, leaving a big swirl in the surface. That´s the one I´ll remember. 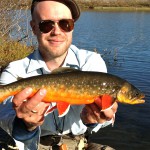 PS! The weather looks good for the next couple of days, so there might be some more reports coming up. Hopefully I can capture some moving images too. I´ll let you know.

So wonderfull… i Love your Pius and vids and… 😉