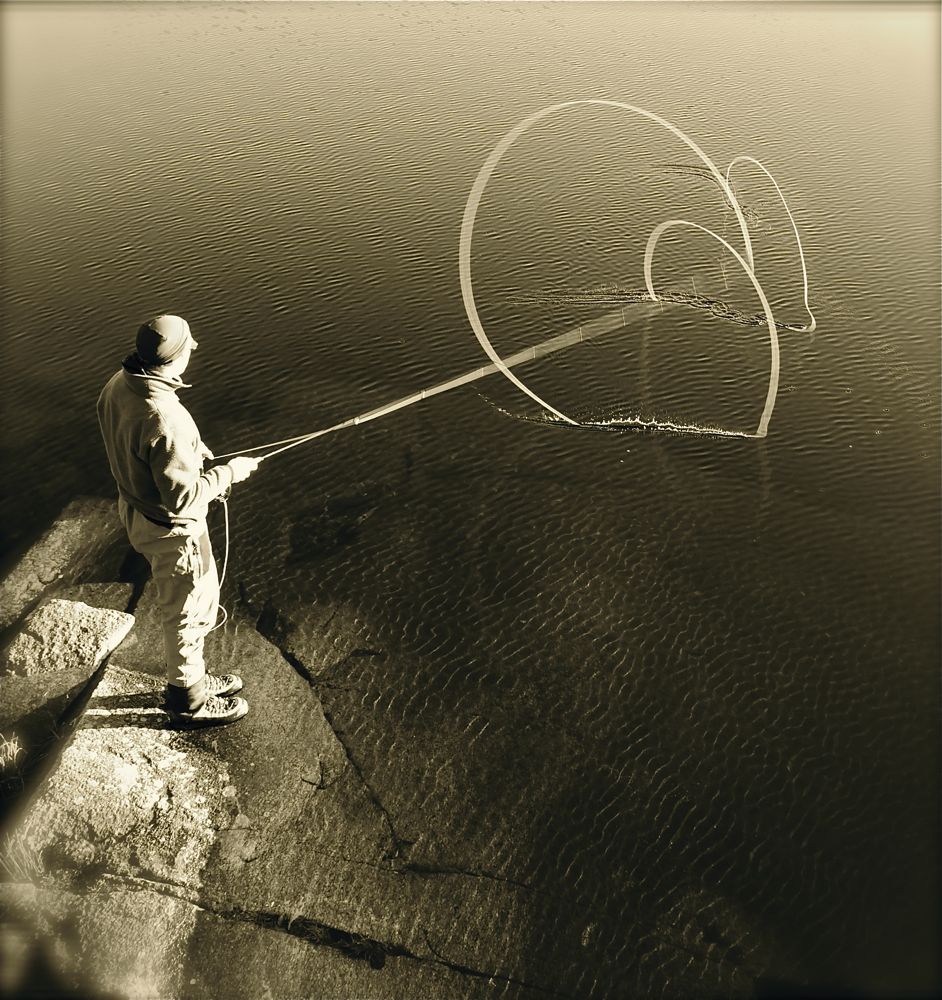 While waiting for the next episode in S.2, I will try to ventilate a rhythmic theory of mine. It is actually not about drumming but something as simple as fly casting. Or is it really that simple? Just grab a rod, attach a fly, cast 100 feet and catch a fat trout…

Maybe not that simple but still very logic. To make a proper cast, all you have to do is to load and unload the rod. Shadow casting is something else, that took us years to master and yet we have only seen the beginning of the shadow era… Over to regular overhand casting again; Simple, yes, but it is a little bit like music – the more we try the more difficult it gets. I recently started up a guiding company together with a nice guy (more about this later). I´ve already taught a lot of people how to grip the basic elements in fly casting but since I also have taught a lot of drummers, I keep thinking that there must be other ways to explain and other words to use. New words, never heard before anywhere. How about words like lobbo, stapp, jissie? Ok, cut the crap and continue…

I do now want to declare that I´m on to something!

This is very hard to express from a computer but I´m on a train right now and have no access to music sheet, so I´ll give it a try:

Do you have it? Odd numbers is forward stop (or slow start)

Even numbers = back cast stop

Well, it´s probably better to make a short video about this. At least I tried. Tried and failed. Tried too much perhaps?

Next time you fish or find your self standing practicing you casting stroke in a mudd hole, try not to try too much. Very complex, I know, but sometimes it is the best thing to do. Over and out, see you in E.2, coming soon in a world close to you… /F