Fishermen, musicians and magic moment-lovers, hello and welcome to 2014!

I hope this year will turn out to be the best year so far in history. Better than 2013…

To make it short, fishing-wise I have had a lot of bad luck last year. Here is a short explenation…

… It is late june in southern Sweden. To be more precise, it is two days after mid-summer, 2013, and I´m packing my rods, flies, stupid waders and so on. A little later, two friends and I are bouncing around on the secret hot spot a couple a kilometers from Gothenburg. It is sea trout dusk and the night is about to come. Temperature: still around 22 degrees.

Two hours later, the water is totally packed with trout. It´s absolutely crazy and I have never seen anything like this before. Good sized trout are rising for small ridiculous worms in the surface. The water is literally speaking boiling.

I know that I have the right fly and that the water is exploding of worms, so the tactic is basically just to cast on the same fish until it takes. Casting, casting, casting… One trout is way bigger than the other fish, steadily rising on the same spot about 25 meters from the shore. I make around 30 casts on the huge silver-mama.  It might actually be a papa…

Accidently I hook two trout around one kilo each and have a lot of takes from smaller fish as well. Still I try to avoid this and only go for the big mama. Cast number 40 is different. The fly lands basically on the trout and I start to retrieve the line. The fly is stuck! I make the strike and the water explodes. During half a minute the monster is running away with the fly line. Splock – goodbye! Fu.. !!

Same thing happens one more time that evening. Same thing happened every time I hooked a big fish during the whole summer. Except one fish that I actually caught: a cod. Thanks!

I´m totally serious when I say that every time I´ve hooked a 4 pounder or bigger last year, I lost it! Why? Nature is cruel!

After a while I started to get used to the feeling of slack-line after nice takes. Learned to love it. Such a fine feeling! I also developed a great ability to appreciate the sound of the fly landing behind me in the bush while I still could see a fat trout disappear in the clear water.

But now it is finally the year of 2014 and I expect to catch great numbers of huge trout and… no! I forgot; No jinxing!! The guys warned me but I did not listen. Now I do. No jinxing this year (then I will catch huge trout and so on… ). Ok, sorry! No jinxing!

To celebrate the new year, I choose to show nostalgic and beautiful photos from last years. Pictures that shows who we really are but also some nature shots. Among these photos I guarantee that you wont find any big fish from 2013 that I caught. They are still waiting to be caught! /Fredrik 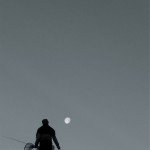 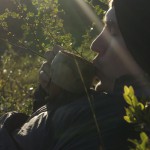 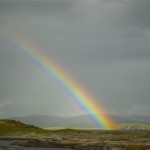 When the trout don´t bite 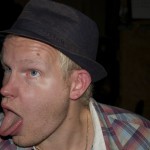 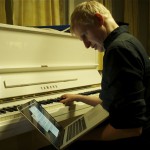 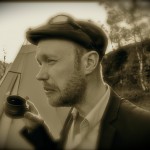 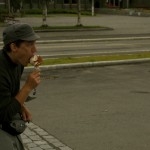 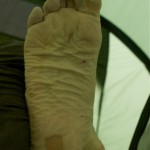 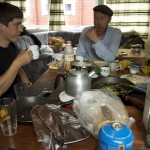 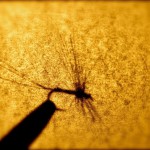 We will actually have a planning and recording session in a couple of weeks. Thanks for kind words!